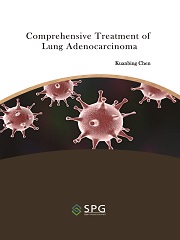 In recent years, lung cancer ranks first in the incidence and mortality of malignant tumors in the world. Despite improvements in traditional treatment methods such as surgery, chemotherapy, and radiotherapy, and the application of molecular targeted drugs, the 5-year survival rate of patients is only 17%. Finding new strategies for the treatment of lung cancer has become the focus of current research. Lung adenocarcinoma is a disease that is caused by deficiency, which is deficiency of the whole body and real part of the disease. Therefore, the internal basis of lung adenocarcinoma and the key factor in the evolution of the disease are deficiency syndrome. Although lung adenocarcinoma is located in the lungs, deficiency of qi is the root cause of the development of lung adenocarcinoma. Deficiency of qi can lead to a variety of pathological changes. Deficiency of qi can block the spleen and qi. At the same time, patients receiving chemotherapy are more likely to have a decreased appetite. Formation of lung-spleen-qi deficiency syndrome. In terms of treatment, it is better to invigorate the lungs and invigorate the spleen, and to relieve phlegm and clear the organs. How to completely treat lung adenocarcinoma has become a major focus in medicine.