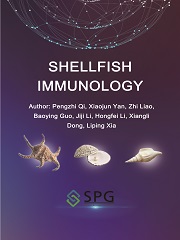 Shellfish immunology research began as early as 1862, and then until the 1950s, Stauber and his students Feng and Tripp began to track and observe the changes of particles and soluble foreign substances in the American oyster Crassostreavirginica, thus truly pioneering shellfish (Bayne, 1983). At present, the research on the immune defense mechanism of shellfish has gradually gained attention. For the convenience of research, the researchers divided the shellfish immune defense response into cellular immunity and humoral immunity. Cellular immunity mainly relies on cellular immune responses such as phagocy- tosis, encapsulation, and formation of cell nodules by blood cells, removing pathogen particles and autologous damaged or dead cells, and participating in damage repair and other functions. Shellfish phagocytosis is accompanied by the release of hydrolases. As well as the production of reactive oxygen species involved in antioxidant enzymes to jointly kill invading foreign bodies. Since shellfish lacks specific immunoglobulins, in addition to cellular immunity, humoral immunity that relies on the co-action of various non-specific immune factors such as hemolysin and lysosomal enzymes also plays a role in the agglutination and opsonization of lectins important role. Enzymes in mollusks have dual functions. On the one hand, they are responsible for hydrolysis and digestion, providing the body with nutrients needed for life activities, and on the other hand, they also participate in the body’s immune defense, killing invading pathogenic microorganisms, parasites and other foreign bodies in time. The activity of these enzymes indicates the immune status of the body, and they will change due to the infection of the body by foreign bodies or pathogens, and will also increase due to the stimulation of some immune polysaccharide substances.